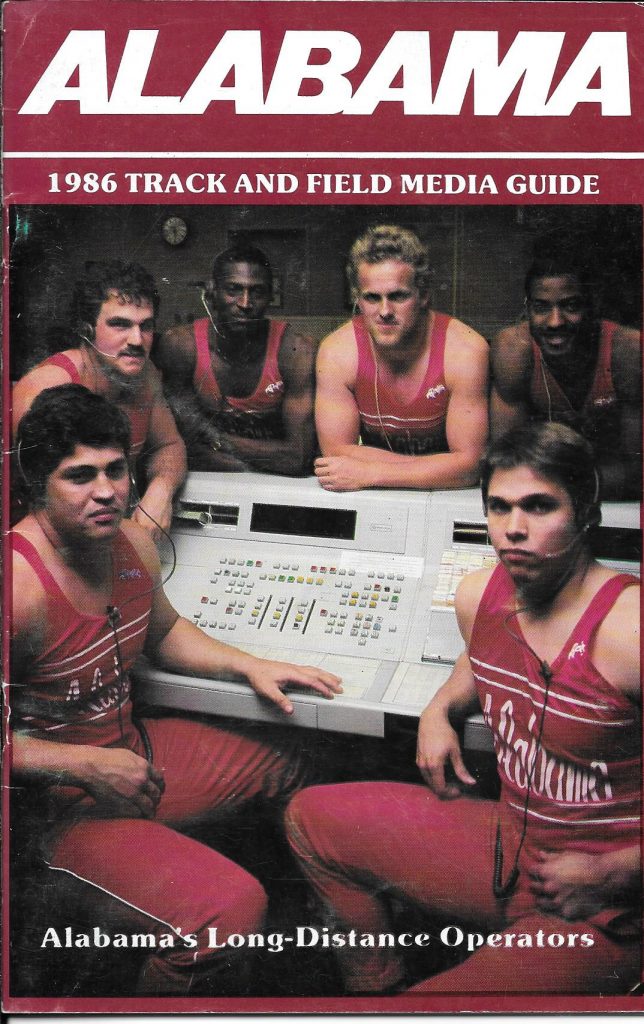 In the 1980’s several Scottish athletes won scholarships to American Universities – Angela Bridgeman, Margaret McSherry and Liz Lynch being the better known ones.   There were several at Alabama University in the mid 80’s – Susan Crawford, Liz Lynch, Pat Morris, Peter McColgan and Elspeth Turner all went there.   The University put out a media guide at the start of each year.   Unfortunately we don’t have the Women’s Guide for 1986 – I’ll keep looking – but we do have the mens’ from which the extracts below are taken. 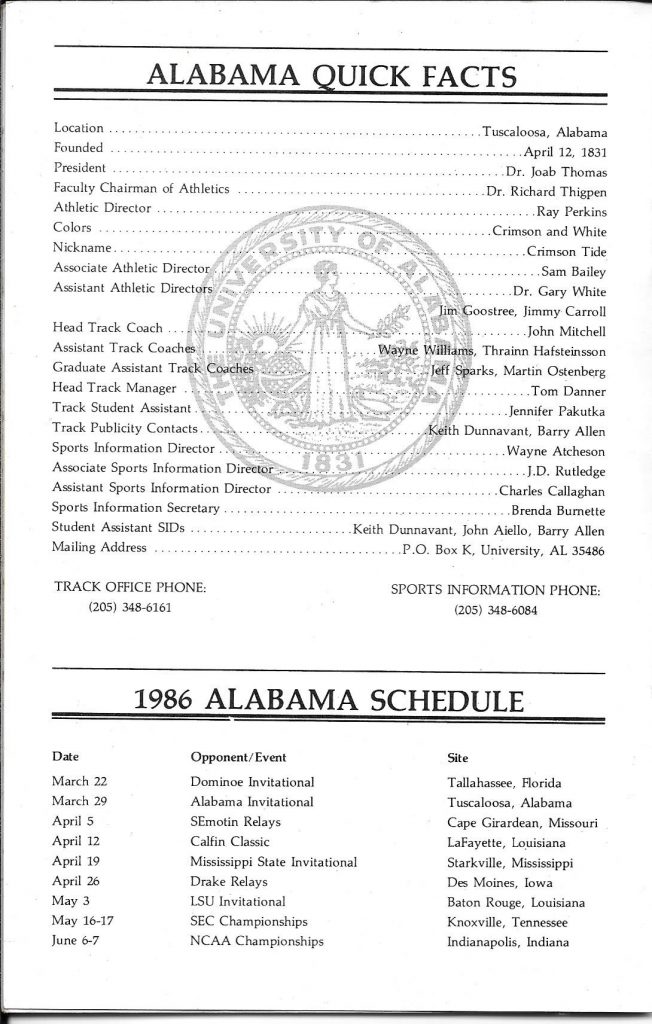 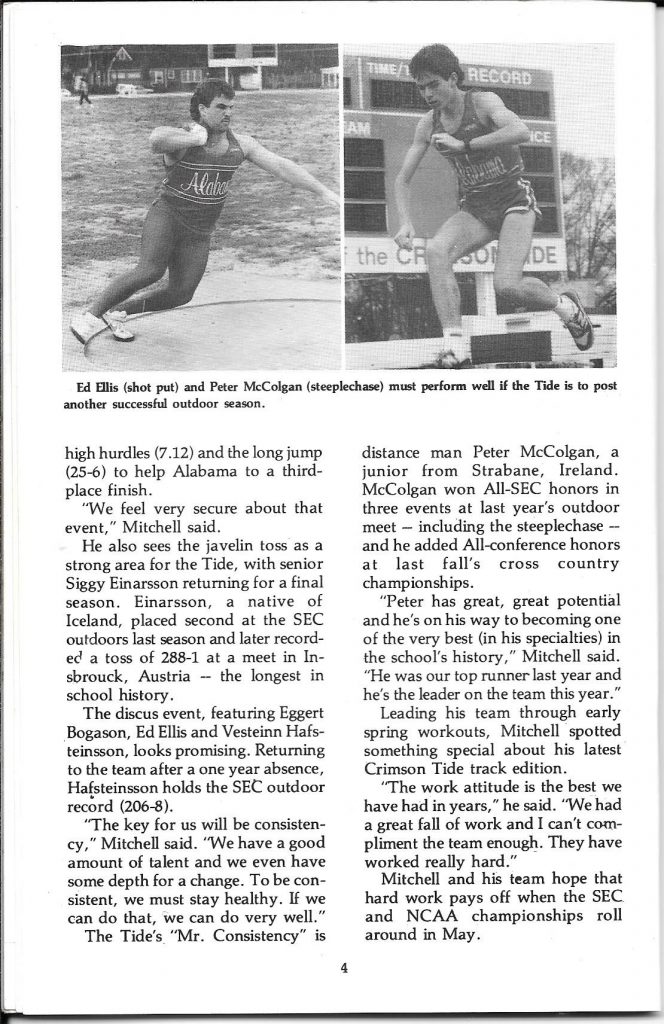 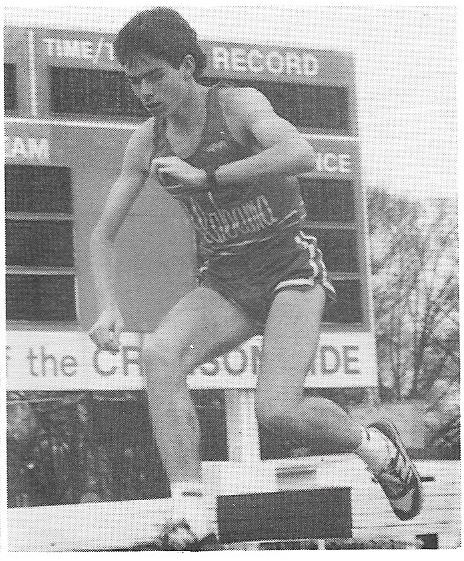 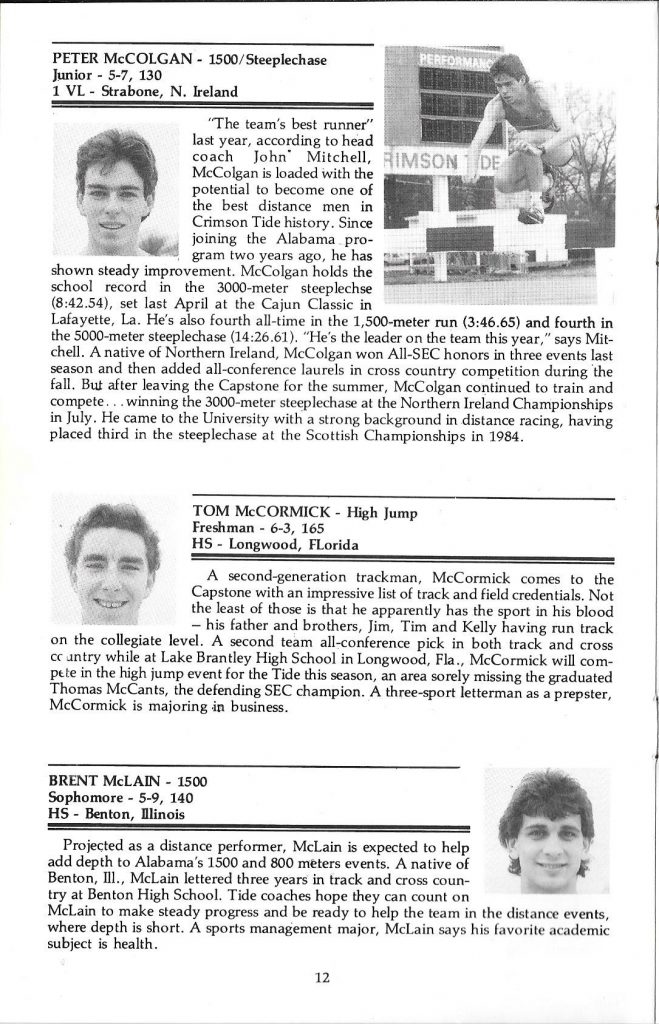 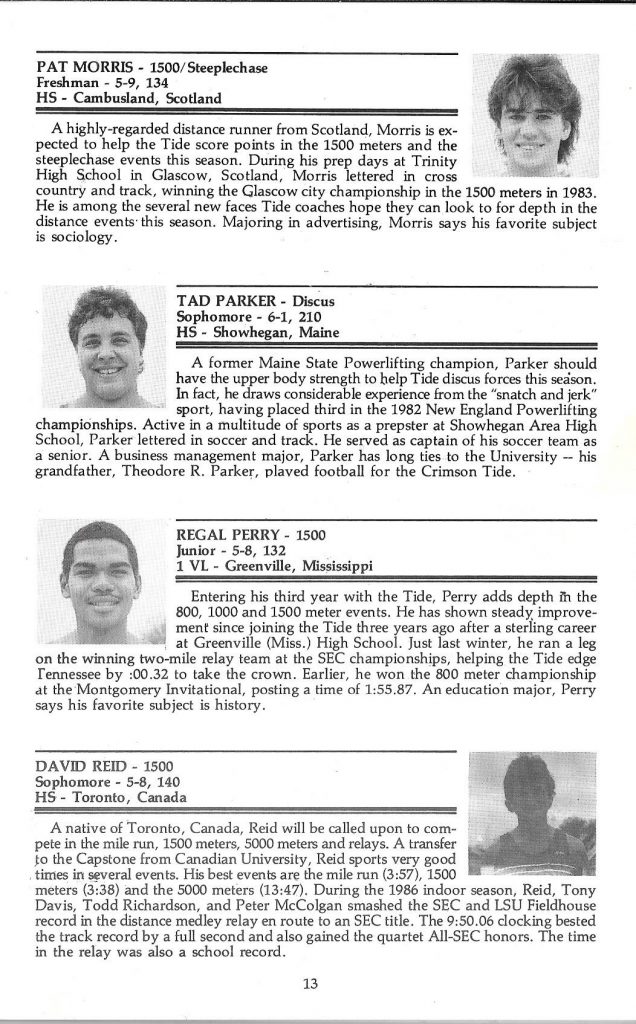 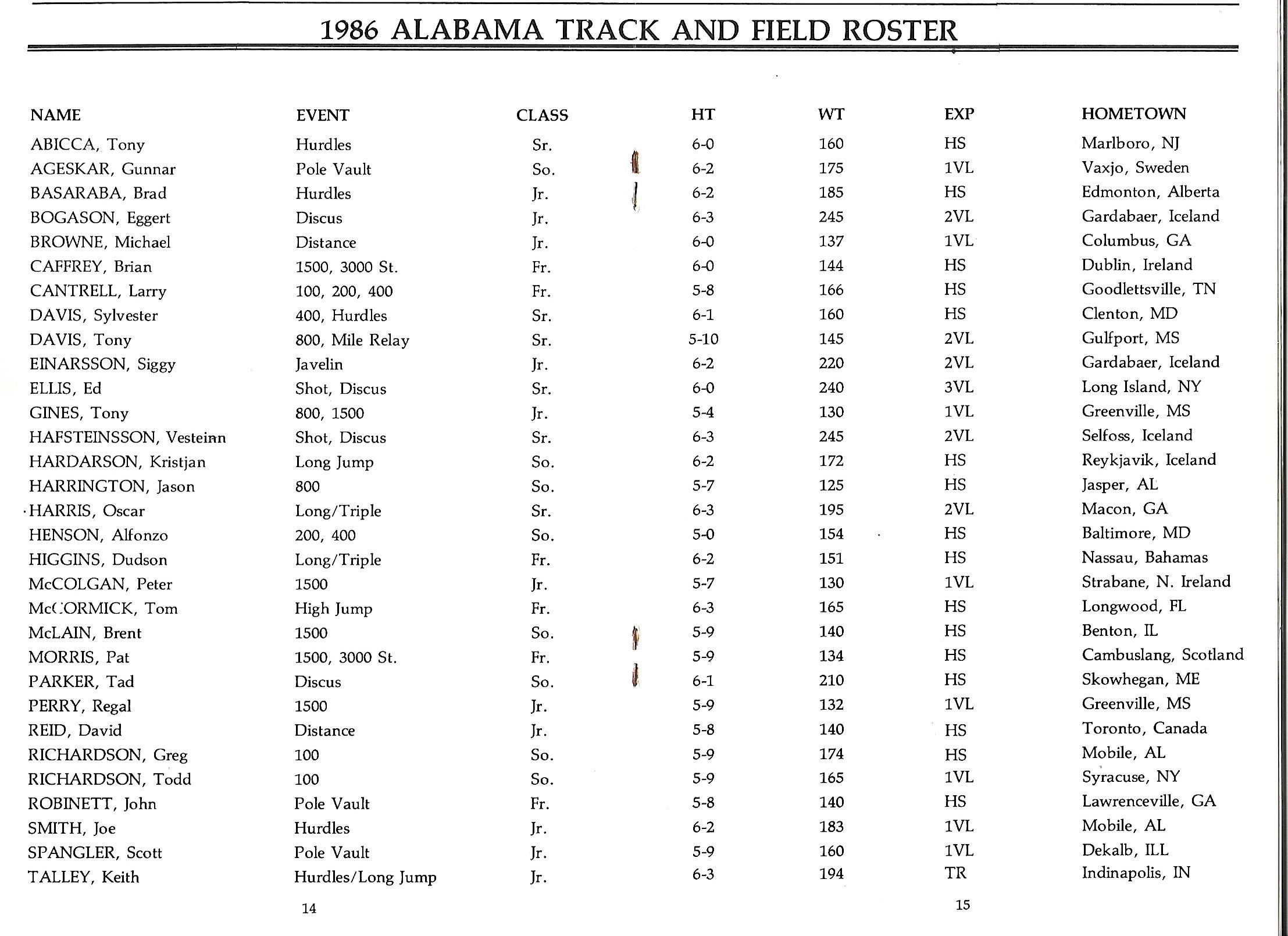