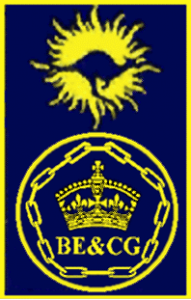 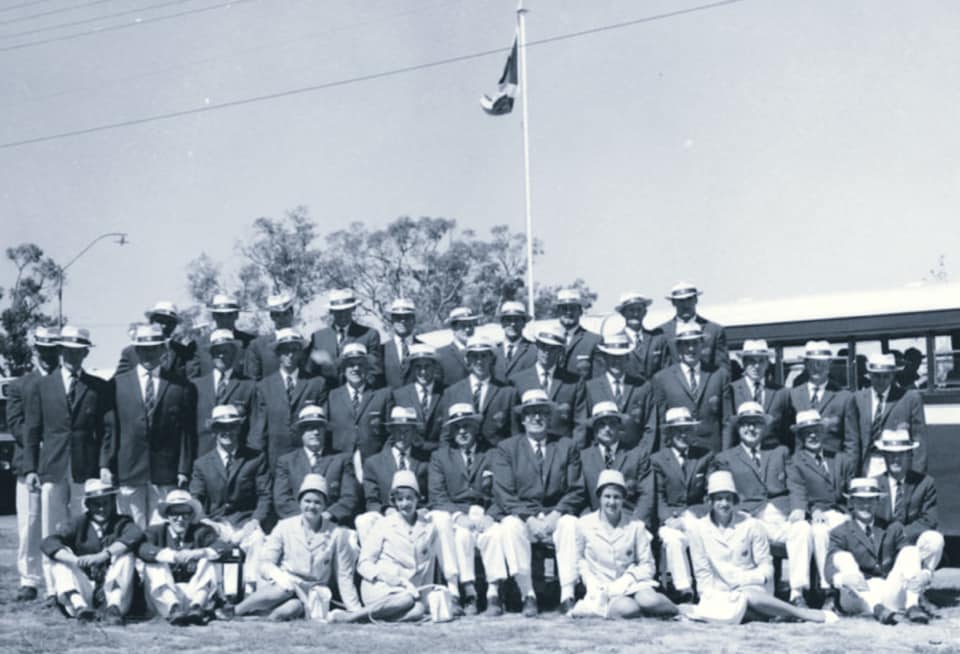 “The VII Commonwealth Games is remembered for its “heat, dust and glory”.   The day before the Perth Games opened the temperature was an expected 80 degrees Fahrenheit, but the heat was measured at 105 degrees at the Opening Ceremony in the new Perry Lakes Stadium the following day, and such extremes persisted throughout the Games duration.   In the previous 65 years, only ten 100 degree plus days had been recorded in Perth.   Australian soldiers were pressed into action, ferrying water to competing athletes.

James Coote of the London Daily Telegraph describes “the VII Commonwealth Games have proved that it is possible for an area as basically devoid of sports interest  to stage the second most important sports meeting in the world – and to stage it successfully.   Perth has shown that these Games will continue for years to come.”

Thirty five countries sent a total of 863 athletes and 178 officials to Perth.   Jersey was amongst the medal winners for the first time, whilst British Honduras, Dominica, Papua New Guinea and St Lucia all made their inaugural Games appearances.   Aden also competed by special invitation.   Sabah, Sarawak and Malaya competed for the last time before taking part in 1966 under the Malaysian flag.

That comes from the Games website – www.thecgf.com – which is a real mine of information.   If you want any information about the Games, no matter how abstruse, you will get it there. 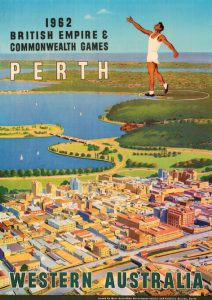 The notes about the temperatures in Perth made the advice given to the athletes beforehand very important.  Not as much information as we would get in the 21st century but really appropriate all the same, if only because it drew the importance of adjusting to the conditions to the attention of the athletes.    I quote from the double sided sheet of foolscap sized paper:

2. Training.   Should the weather be very hot, it is advised that the bulk of the training be carried out during the cooler periods of the day.   It may however be necessary for some more vigorous training to be done in the morning or early afternoon.   If this takes place, each period of exercise should be alternated with an equal period of rest in the shade.

It is important that loss of body fluid due to sweating should be replaced as soon as possible by drinking water with added salt – up to a half teaspoon of salt to a glass of water.   Serious lack of salt, which is exuded from the body in sweat, will result in tiredness and cramp, and in its serious stages in a similar condition to a marathon runner at the end of his race.

3.   Cooling down.   The best method of cooling down in very hot weather is to take a tepid shower and if necessary to let the water n the body evaporate without towel drying.   Should a competitor get heat exhaustion (collapse) the immediate treatment is sponging with cold water, massage to maintain circulation and later drinks of salt water should be taken.   Ice packs (if available) should be used.

(a) Team members are strongly urged to preserve ‘diet discipline’.   The food at the ‘Commonwealth Games Village’ , from previous experiences, may well be plentiful and tempting.   Before competition is over, team members should use restraint and eat mainly the sort of food to which they are accustomed.   There will be scales in the Village and a check can be kept on any increase in weight.

(b) “Holiday Dysentry”.   It is unlikely that this complaint will be prevalent in Perth.   Nevertheless, supplies of ‘Streptotriad’ will be available as a preventative – dose two pils per day.   ‘Streptotriad’ has been tested by a famous London hospital, and is strongly recommended as a safe preventative by our Medical Advisory Committee, composed of high ranking medical men.   No side effects were reported by the Hospital concerned, by any Olympic athletes in Rome, nor by numerous teams which have used it.

Unless conditions warrant it, it is not suggested that Team Members should take these pills in Perth.   They may, however, be needed during the air trip to Perth, should the aircraft be delayed and an enforced stay be made in any country where dangers of ‘Holiday Dysentry’ prevail.

Team Members, at the first sign of diarrhoea, are strongly advised to report the fact to the team Medical Officer.

(c) To avoid stomach upsets, Team Members are advised not to take OUTSIDE the village any ice cream or unpeeled fruits; and INSIDE the Village to drink sparingly any iced fruit drinks or juices unless they are fully accustomed to them.”

Similar instructions covered sleeping conditions, and dealing with sunshine.   The team to which the instructions were issued was, as might be expected given the distance and expense of the location, small.

The Games were held between 22nd November and 1st December, 1962, so the contrast between the climate at home and what was experienced in Perth could not have been greater 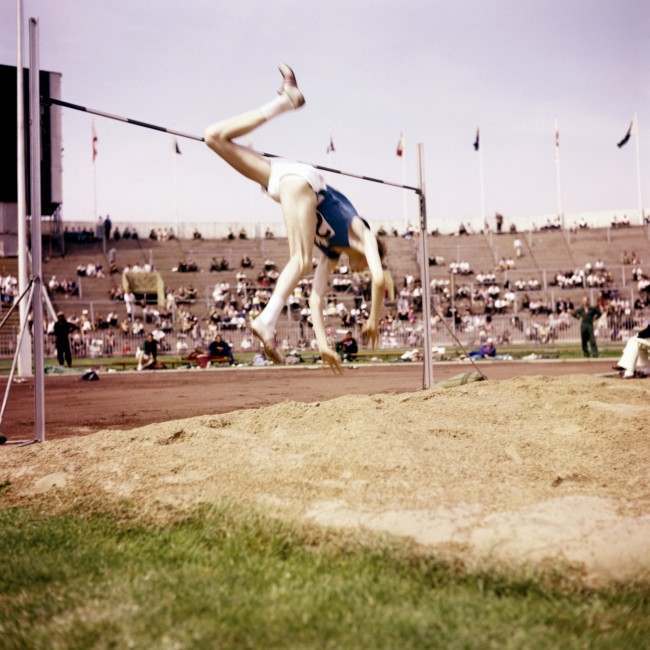 The opening ceremony in the heat lasted four and a half hours and 200 spectators collapsed with exhaustion, fainting and sunburn.The temperature in the middle of the arena was estimated at 140 degrees Fahrenheit and in the shade at 92 degrees.  The Duke arrived in an open topped car, there was a 21 gun salute, a fly past of Vulcan aircraft and he inspected the guard of honour.   The Scottish standard bearer was Dick McTaggart and the team ‘received a rousing reception.’

But the most important point in any Games is the performance of the team.    As far as medals were concerned, there were two silvers – both from Mike Lindsay  in shot and discus. 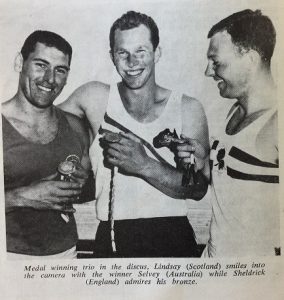 And there you have it.   Nine athletes, two medals.   The other disciplines picked up more hardware –

Back home the reports were read daily.   No internet and the television was scanty so other than over the radio Scots had to wait until the next day for the reports.  The temperature when the 100 metres men competed was 105 degrees and the report read:

“CW Fairbrother (Scotland) only jumped 6′ 7″ in the high jump and finished equal eighth.   G Miller (England) who jumped an inch higher was fourth.   A McIlroy, an Anglo-Scot, qualified for the 100m semi-finals – MG Hildrey, the other Scot went out in the second round, but was then eliminated, as were the other Britons, PF Radford (England), and R Jones and TB Jones (Wales).”

The tone of the articles gave the impression that they were agency reports rather than having been written by Scots.   Another example:     “Lindsay was well beaten for the discus gold medal by W Selvey (Australia) who set a Games record of 185′  3 1/2″, but the Scotsman’s best throw of 172′ 6″ was 6′ further than that of J Sheldrick (England) who won the bronze medal.   MG Hildrey (Scotland) went a stage further than his countryman A McIlroy in the 220 yards, reaching a semi-final, but he was only fifth in that in 21.5 sec and was eliminated.”

The Games were over,  the quality of competition was very high and the Scottish team was placed sxth of over 30 countries.   Athletes such as Antao in the sprints, George Kerr in the 440, Peter Snell and John Davies in the middle distances, Murray Halberg, Bruce Kidd, Dave Power and Ron Clarke in the long distances and Martyn Lucking and Howard Payne in the field events; Dorothy Hyman, Pam Kilborn and Val Young on the women’s side – were of the very highest calibre and helped justify the tag of the second most important meeting in the world.   It is perhaps not insignificant that most of Scotland’s medals were won indoors – boxing, swimming, weight lifting – with only the bowling, a relatively gentle sport, winning outdoors.

However that may be, the next Games would be in another hot country – Jamaica in 1966 – and that would be another test for the Scottish sportsmen. 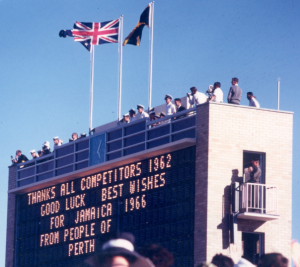