The match was a resounding success from the Scottish Point of View as the following report from the ‘Glasgow Herald’ on the following Monday made clear.   For the benefit of the current generation, the documentation that the athletes received is reproduced below (the programme is already on site) from John Mackay’s memorabilia.   It is interesting to see how things were handled. 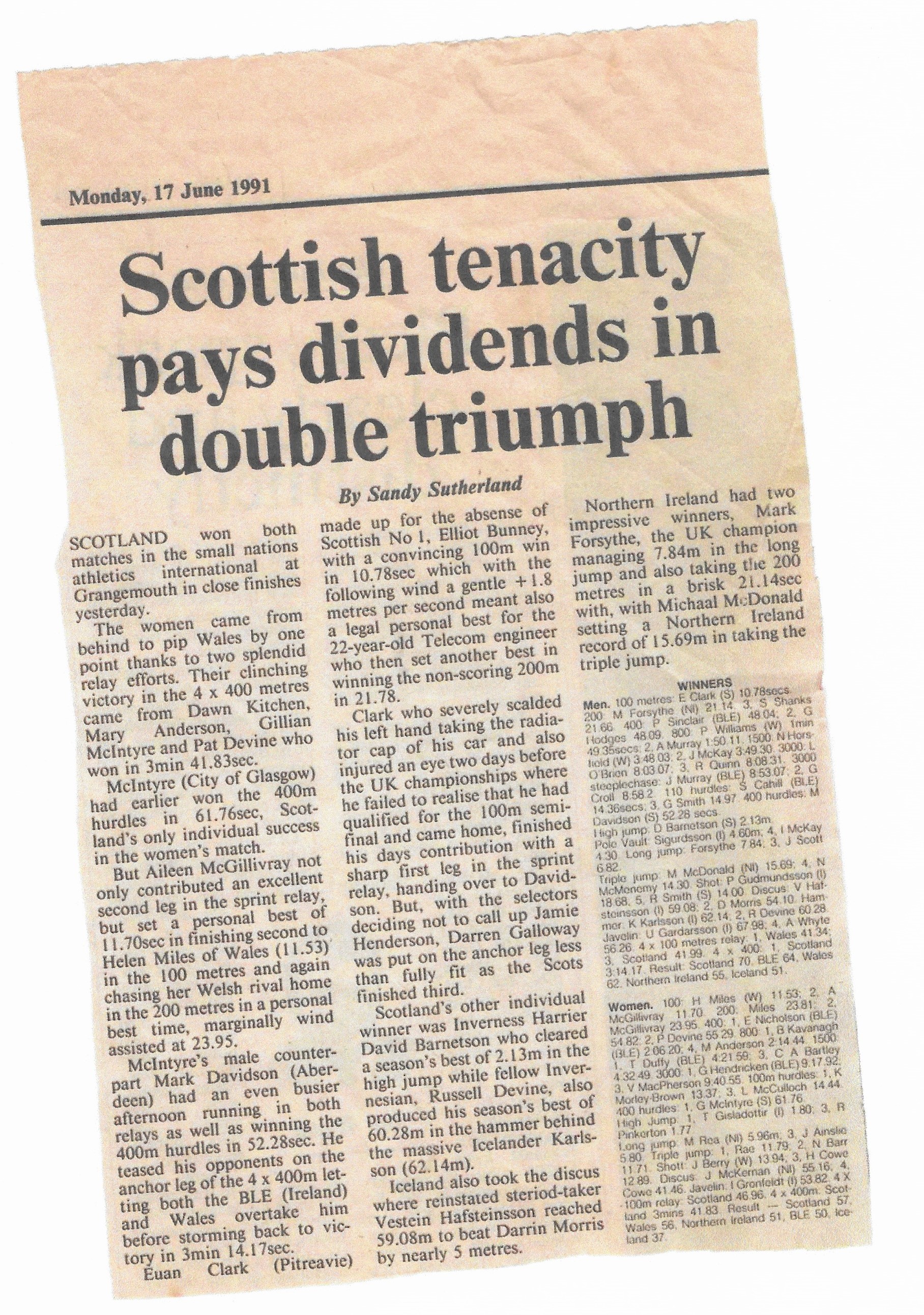 The first thing that the athletes received was the selection letter which was the same for every international. 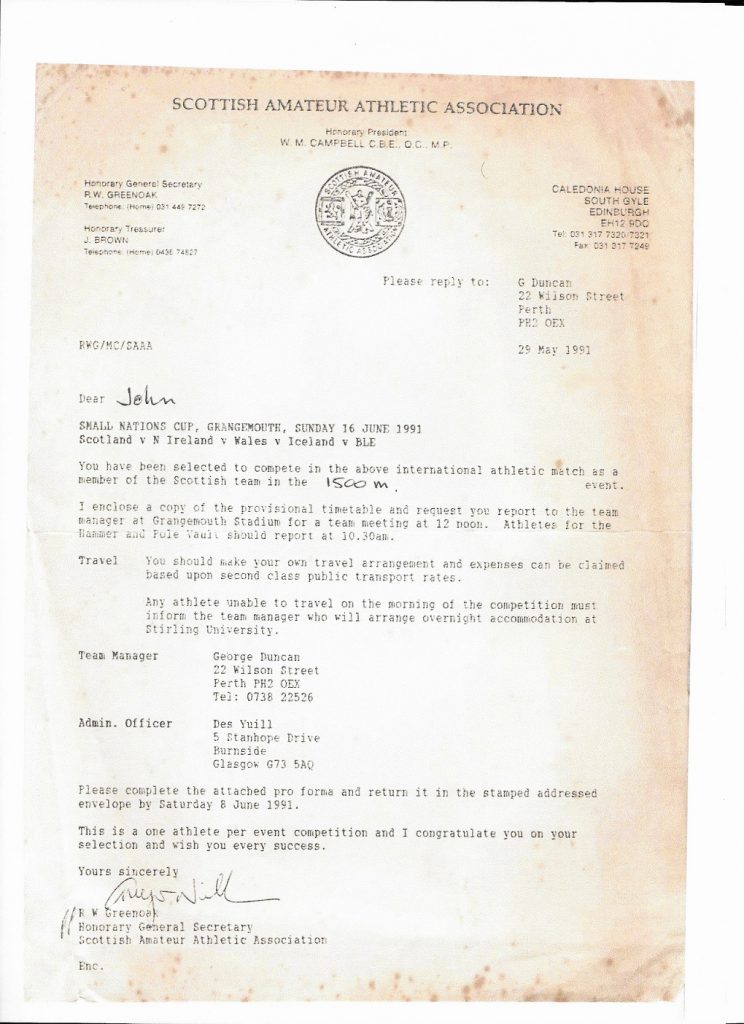 Having received the invitation, the athlete received the instructions and administrative details including the timetable and order of events.   These were sometimes sent out in advance but were often issued on the day of competition. 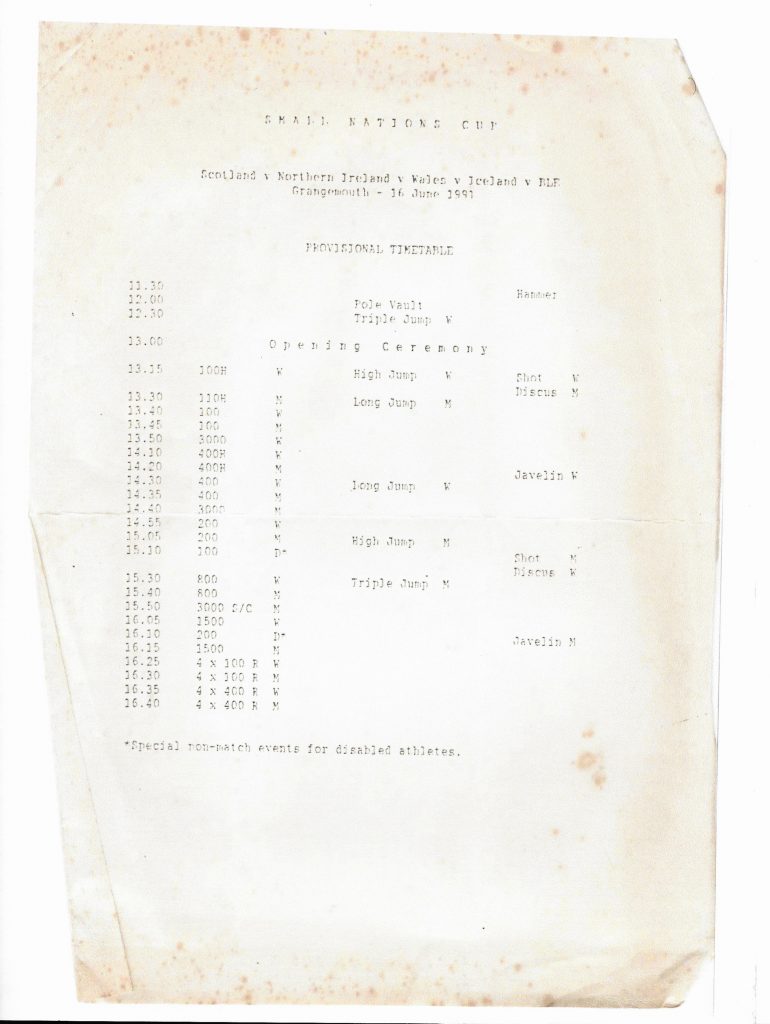 And finally, there was the letter of thanks and congratulations, where these were due, after the meeting.   Things were very civilised in the olden days! 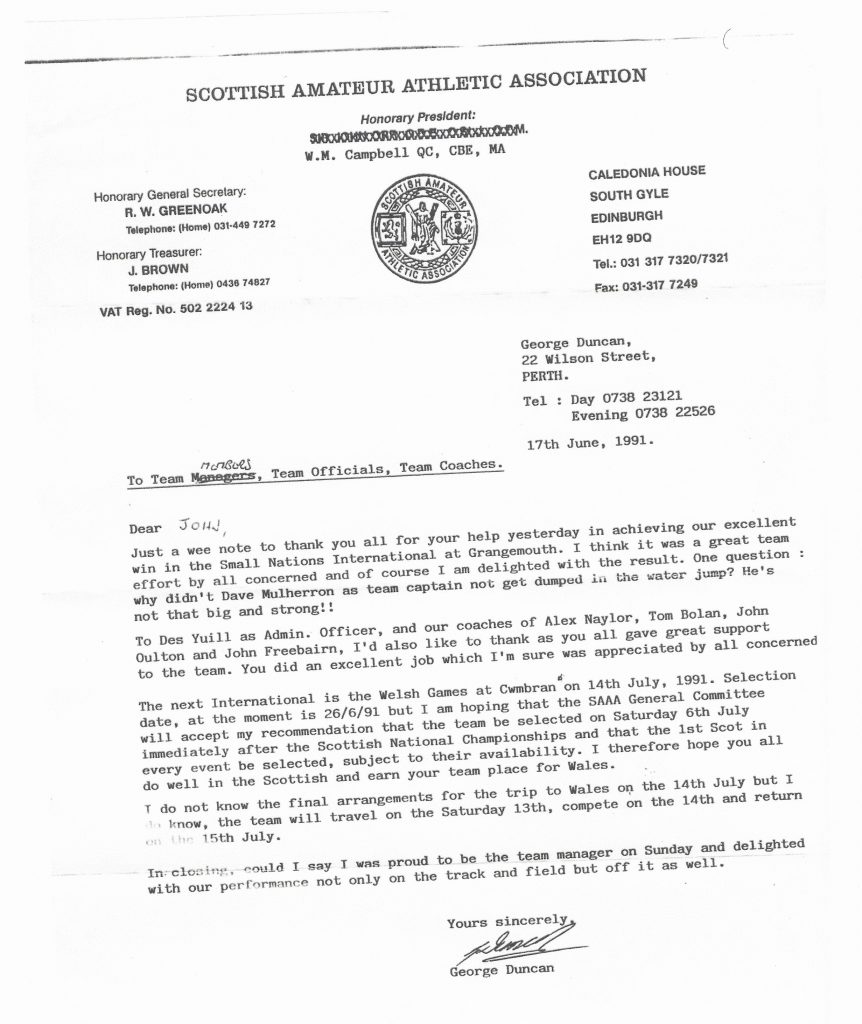