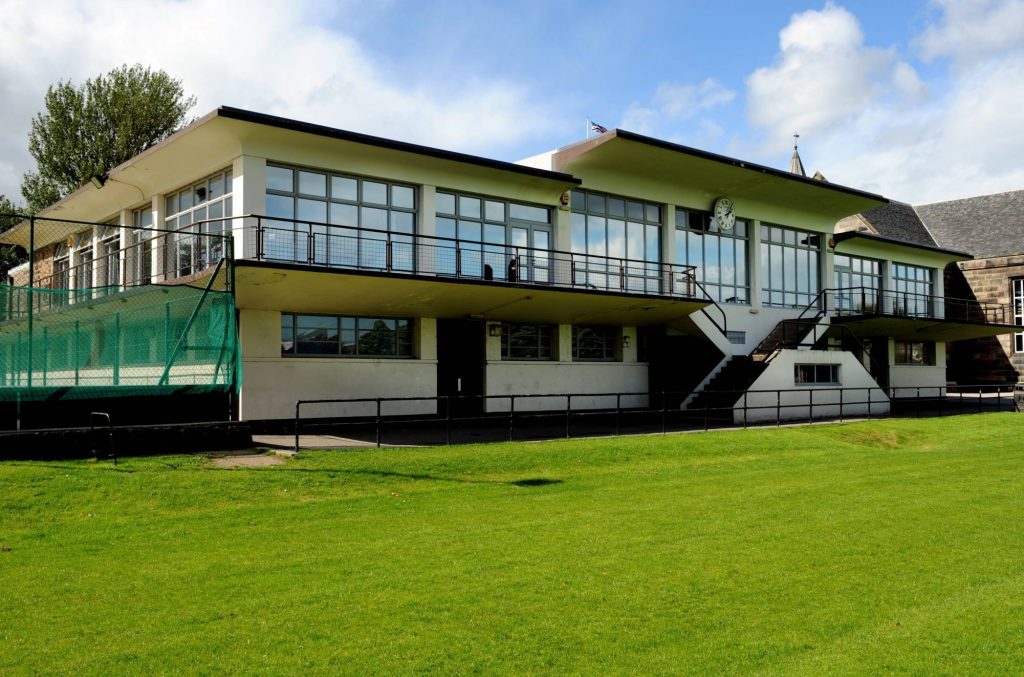 The Universities championships had played an important part in Scottish athletics since the end of the nineteenth century.   Every season was different with new athletes appearing on the scene and some old favourite athletes returning to their club, or indeed to their own country in the case of foreign students.   You can read about the seasons of 1961 and 1962 at   this link  .

The programme was only half the size of that from 1959 with many fewer advertisements.   They were held in Aberdeen and again there were many easily recognisable names across the afternoon.  Again the programme was provided by Colin Young.   Results at the foot of the page. 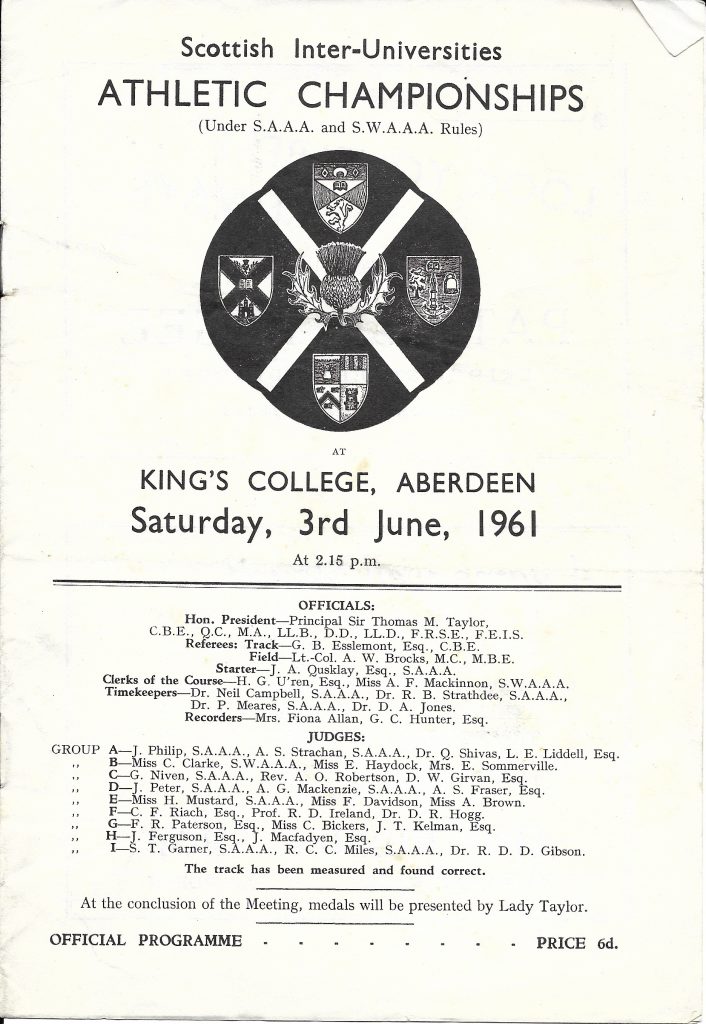 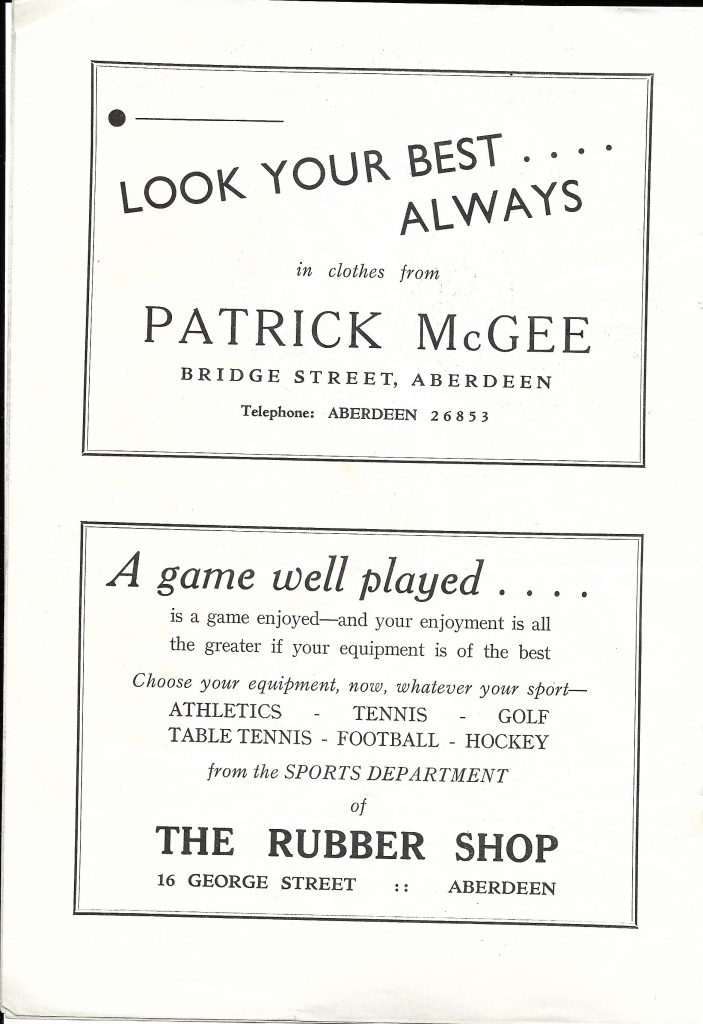 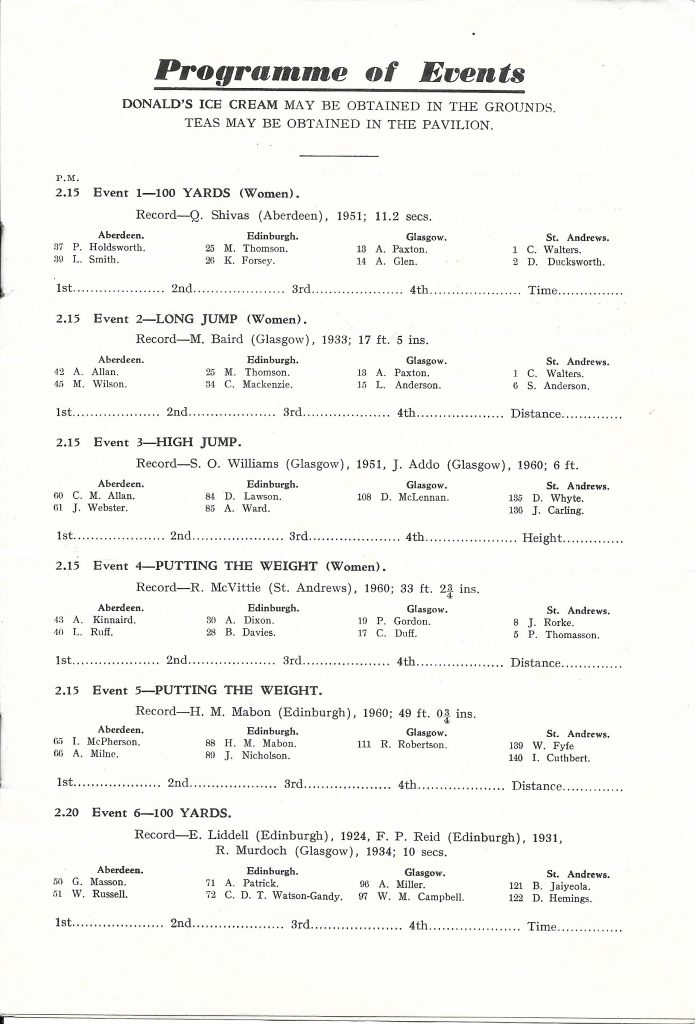 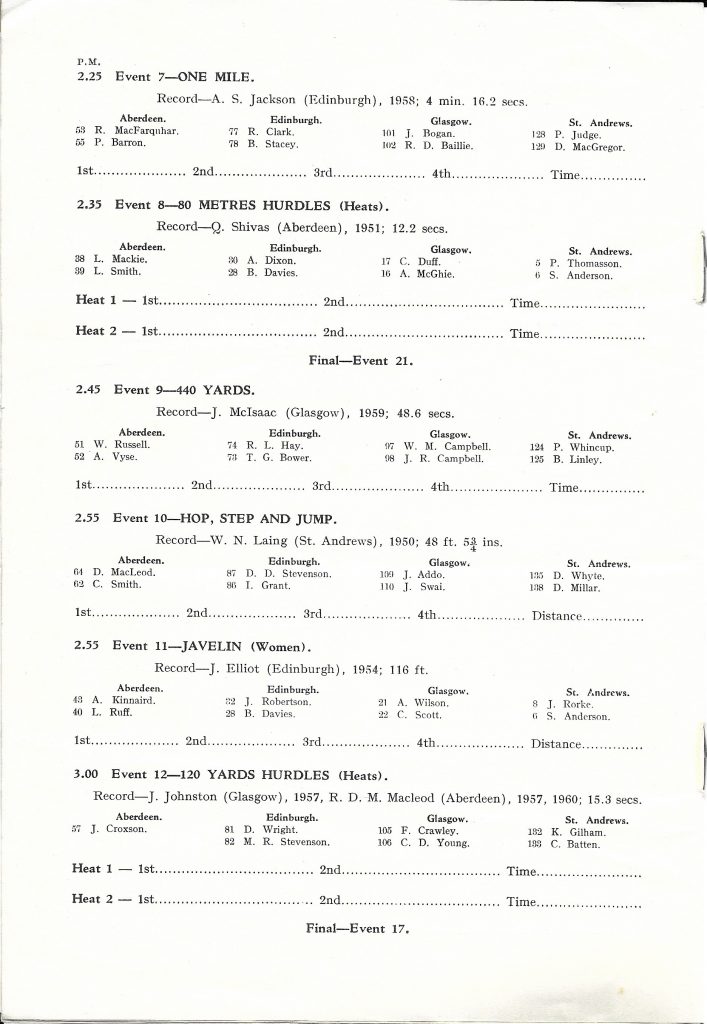 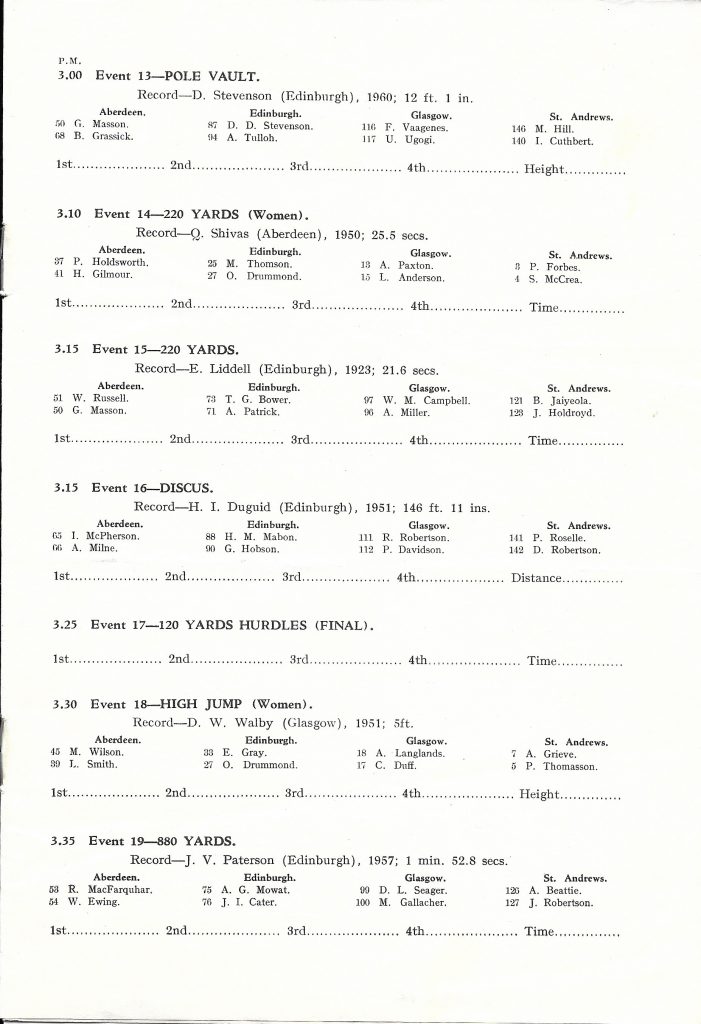 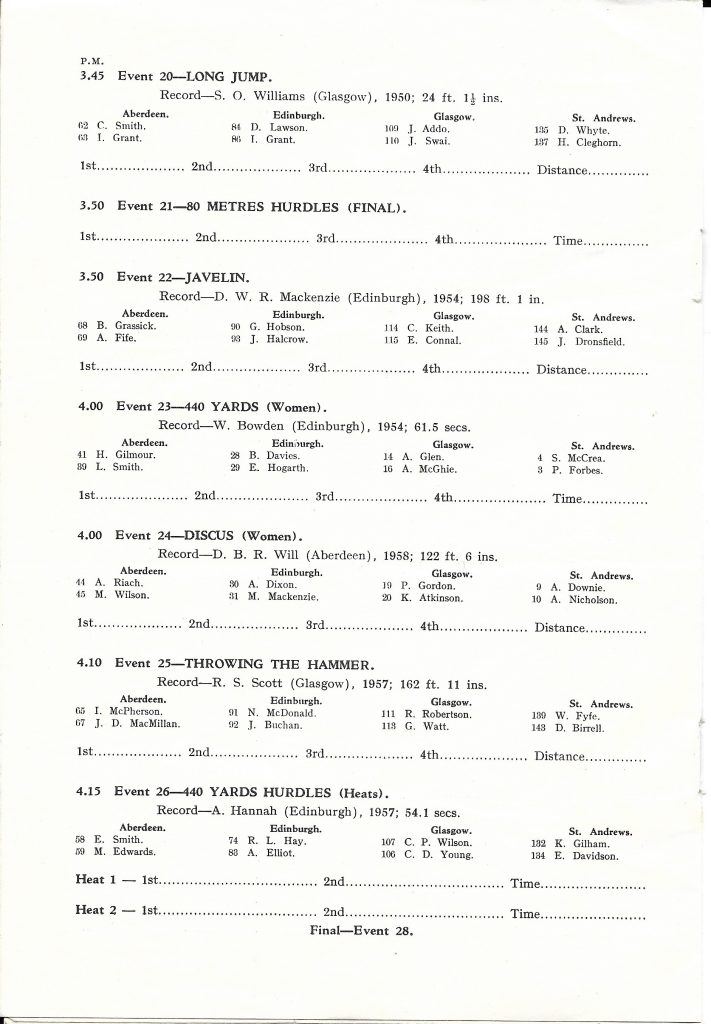 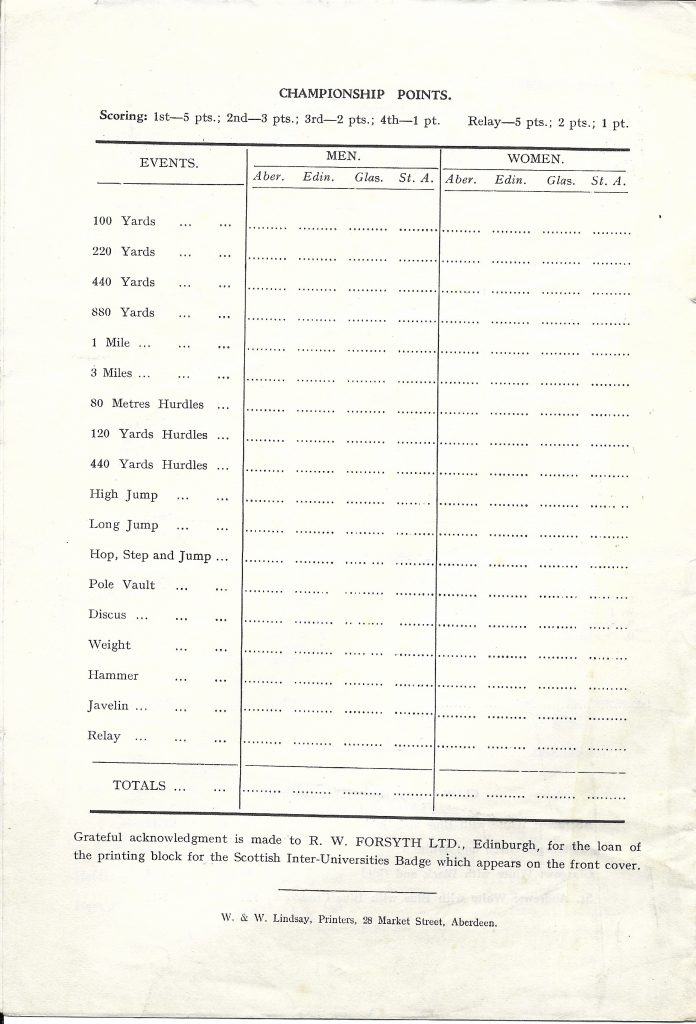 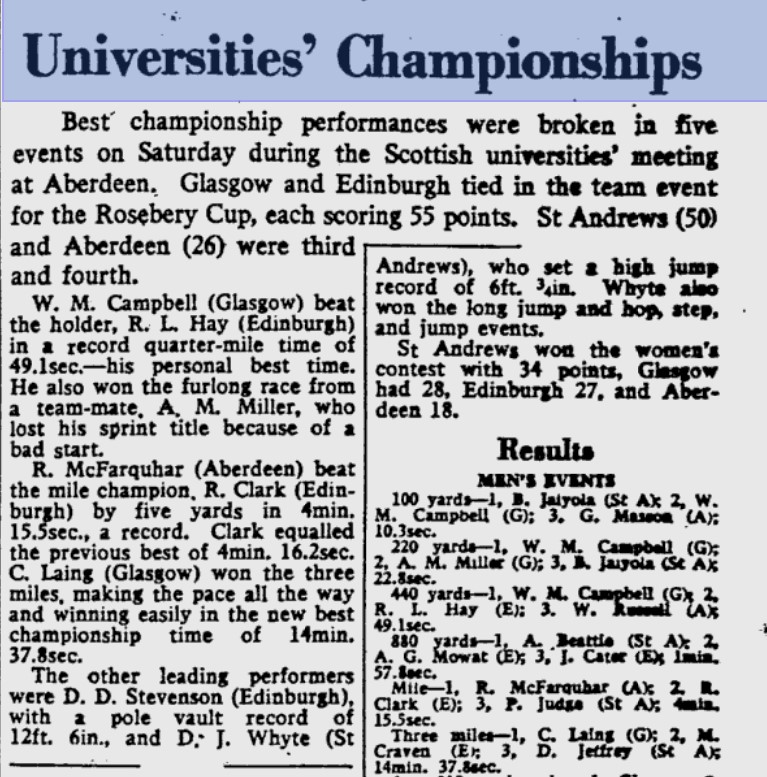 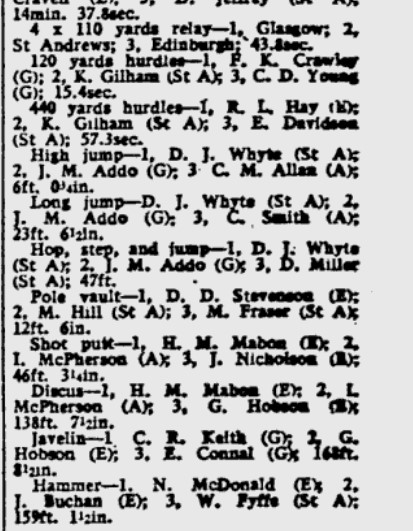 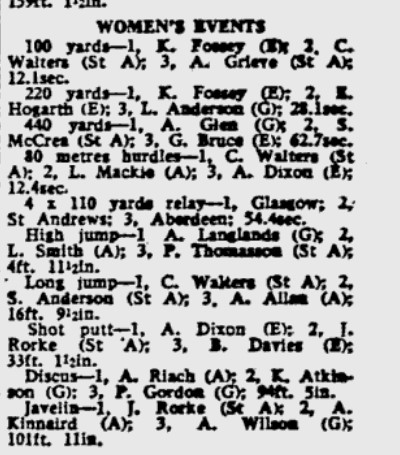 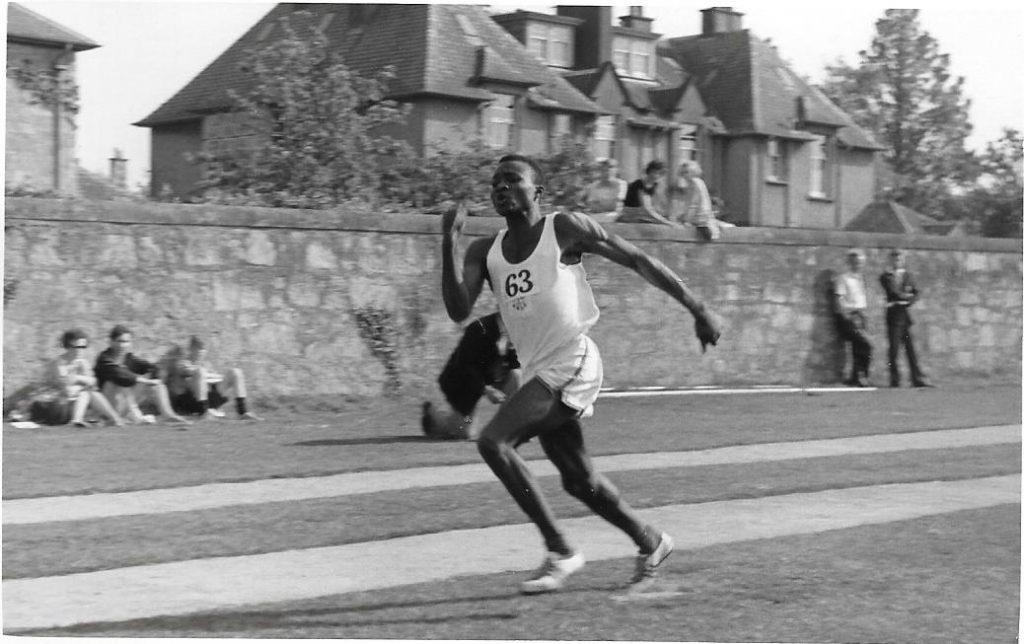