The short story printed here is by Colin Youngson who was a first class runner with a wonderful athletics pedigree.   The statistics speak for themselves with one victory in the Scottish 10 Miles Track Championship and no fewer than three marathon championships to his name with a pb of 2:16:50.    In the Edinburgh to Glasgow Relay he has run in no fewer than 30 (yes, THIRTY!) covering all stages but the seventh.   He did cover the ground of the seventh when he raced the straight through E-G in 1984 when he was third finisher after the whole 50 miles of it.   I asked about his best runs – a stupid question admittedly after 30 races on seven different stages in varying weather and against serious opposition – but he came up with the following which I quote directly.

“Stage One: set the record in 1975.   I liked Stage Three – set the record twice.   Also liked the sheer effort required on the  exposed Stage Five.   In addition the scary excitement of the final stage.   Stage Two was too flat and fast for me and I was never good enough to be better than fifth fastest on Stage Six.   Best run was 1975 on Stage One – the year I ran 10000 metres for Scotland.    Was fastest on stage seven times. won seven gold medals and thirteen in all.   Ran for Aberdeen University, Victoria Park, Edinburgh Southern Harriers, Aberdeen AAC and Metro Aberdeen Running Club.   (Always ran for the club nearest my work.)   Absolutely loved the event and was very sad when killjoys and cops killed the event.” 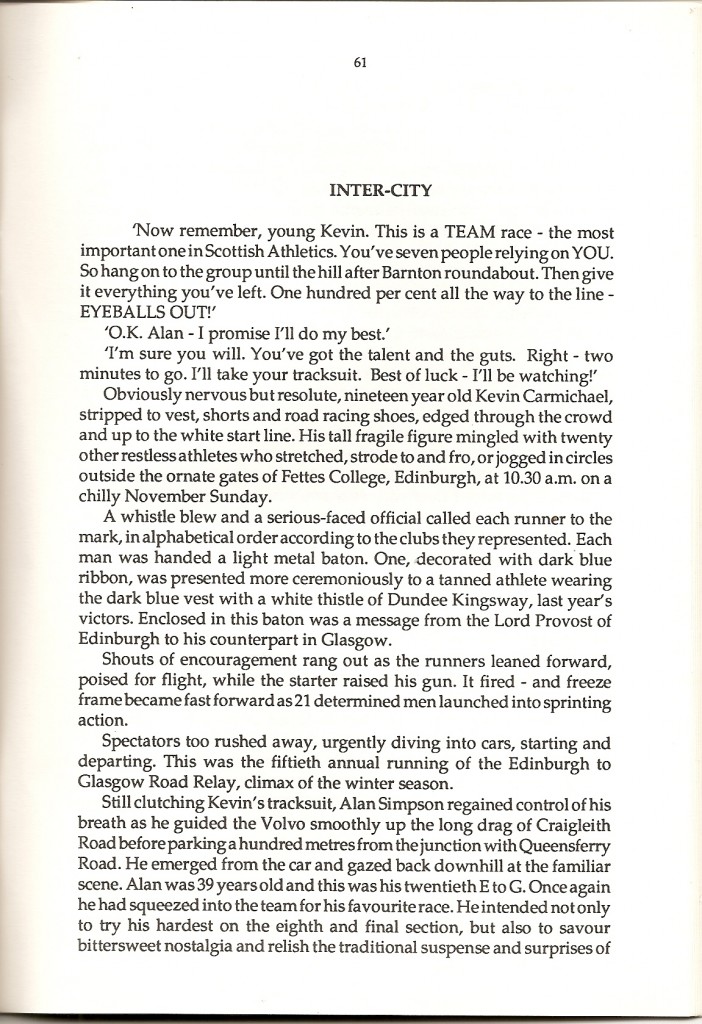 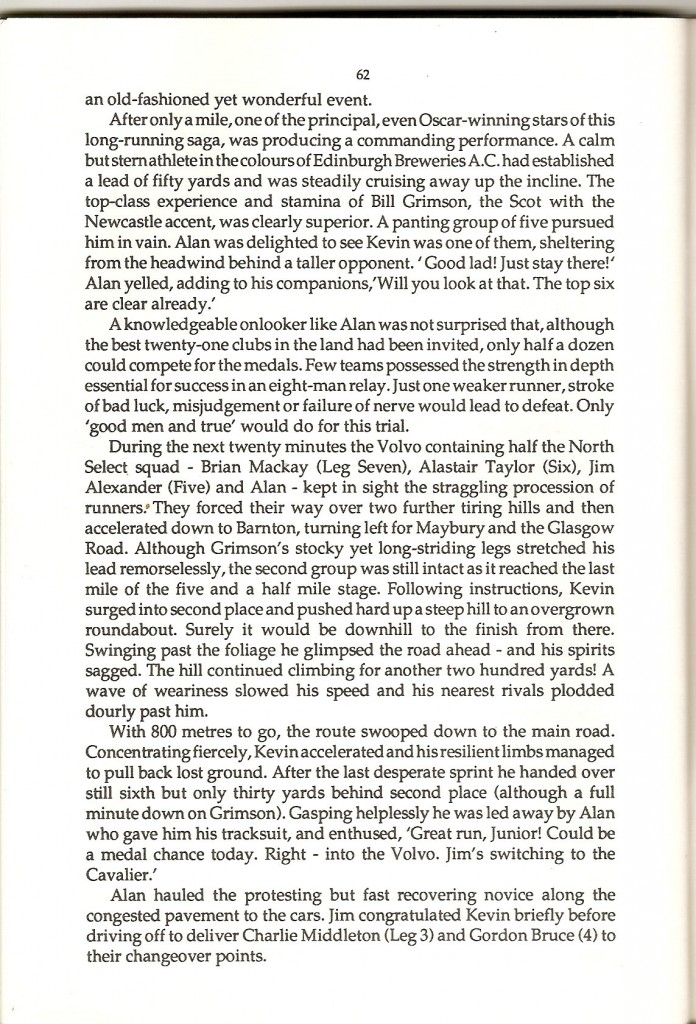 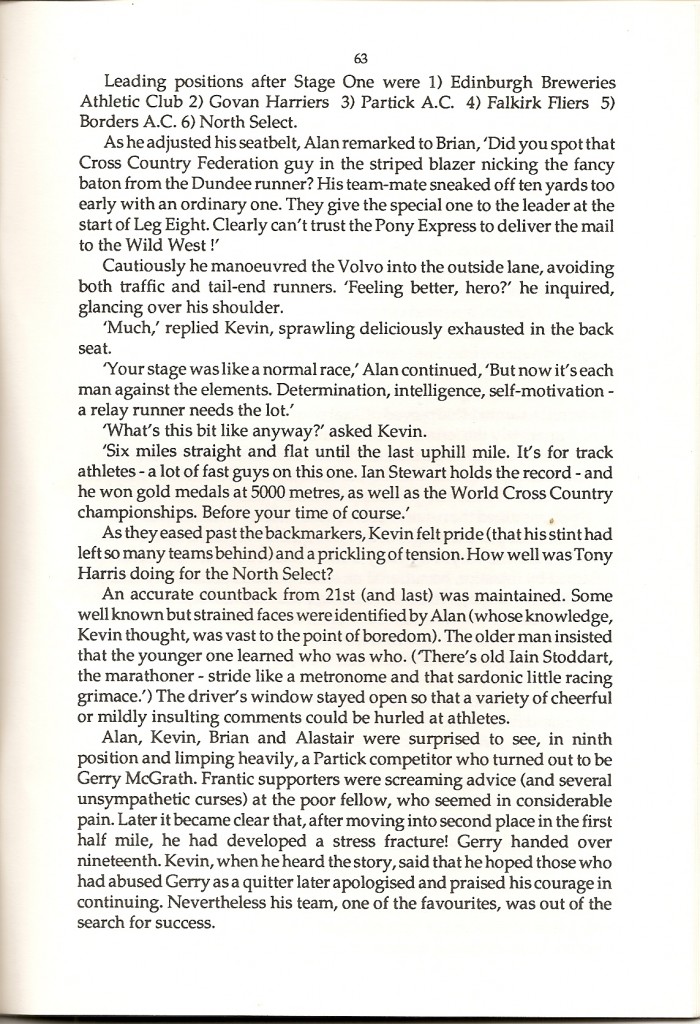 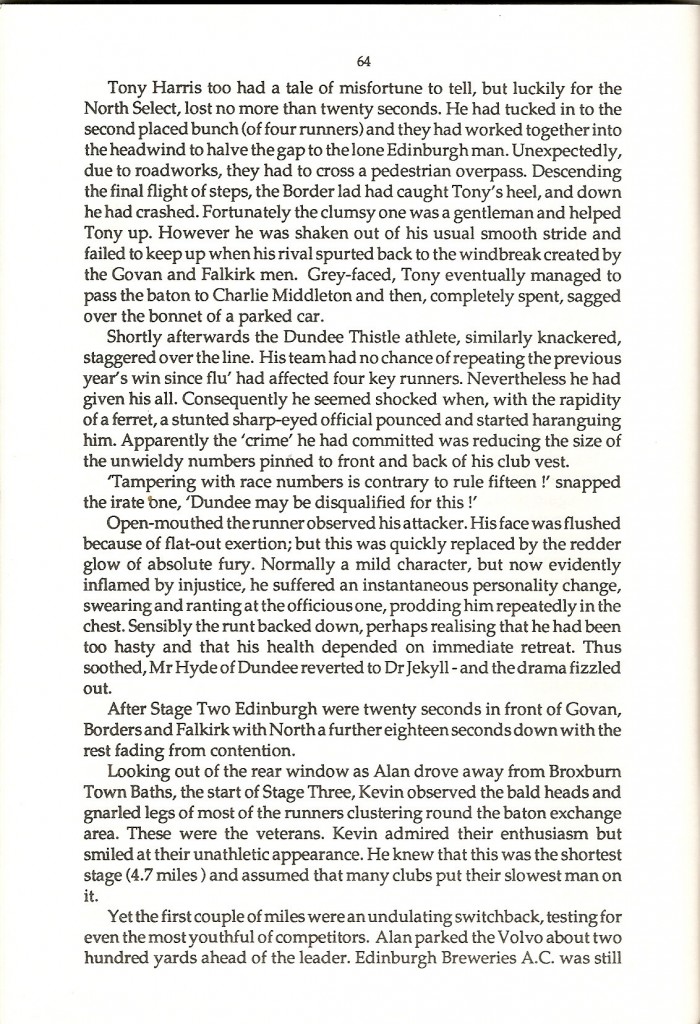 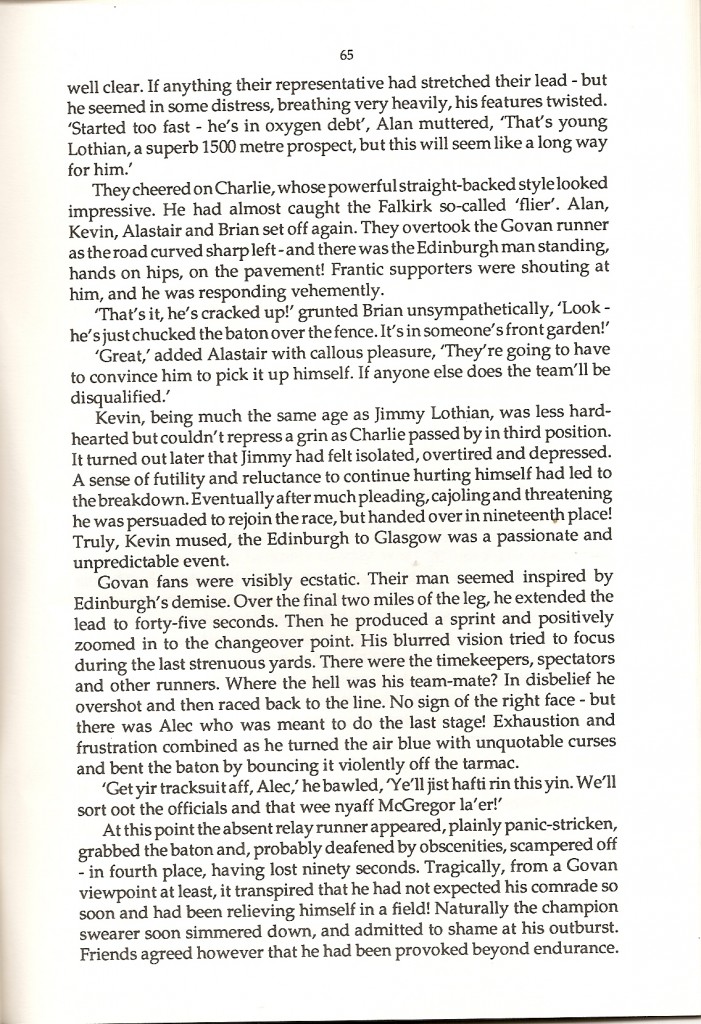 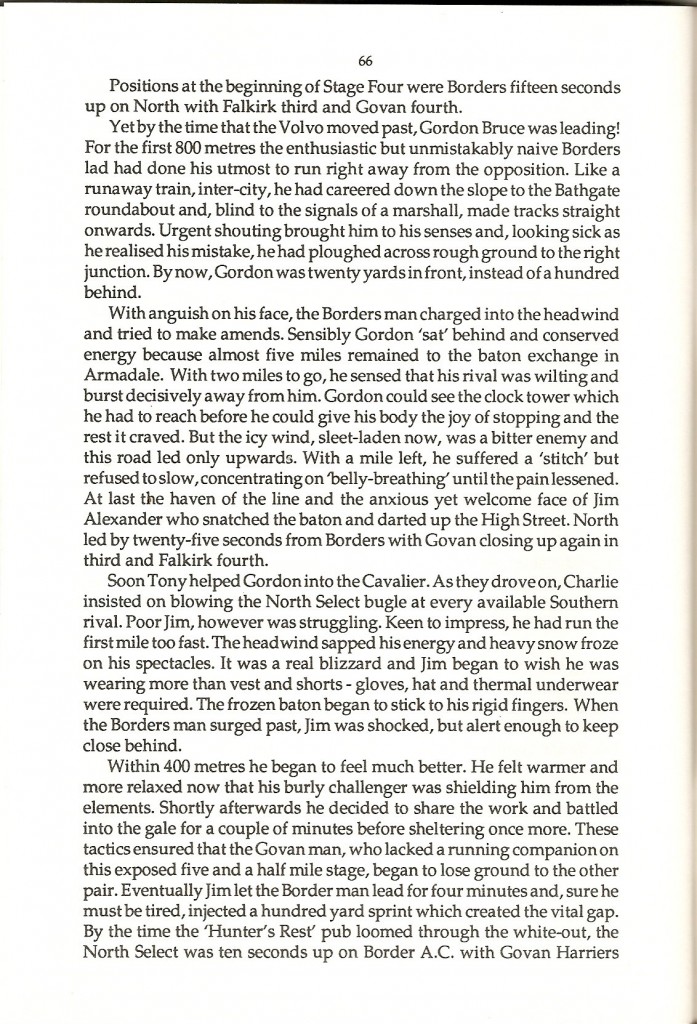 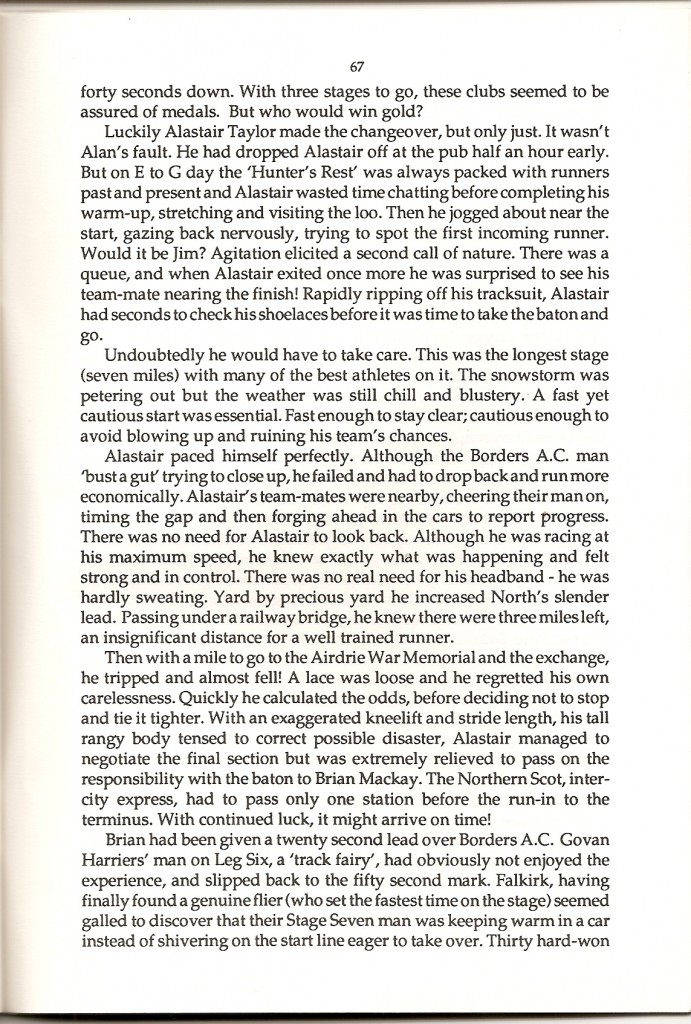 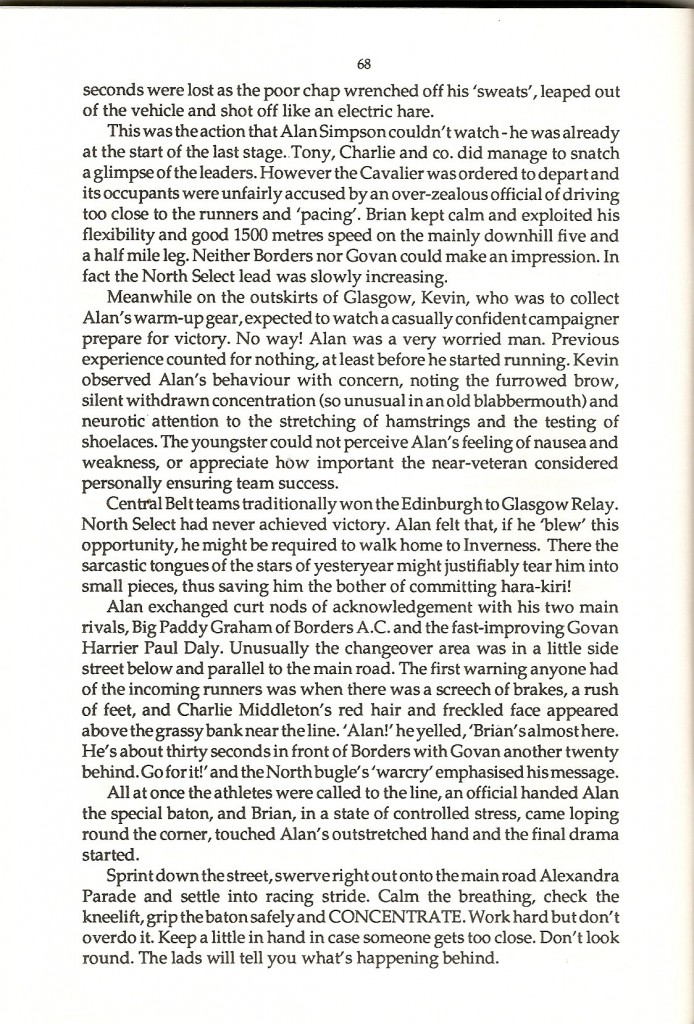 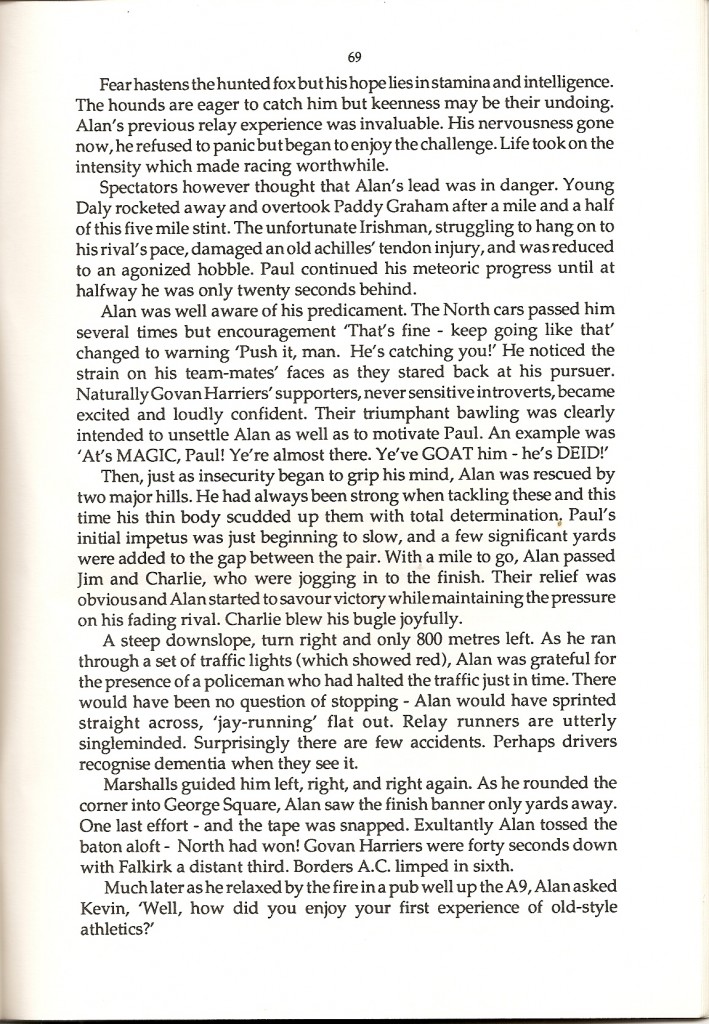 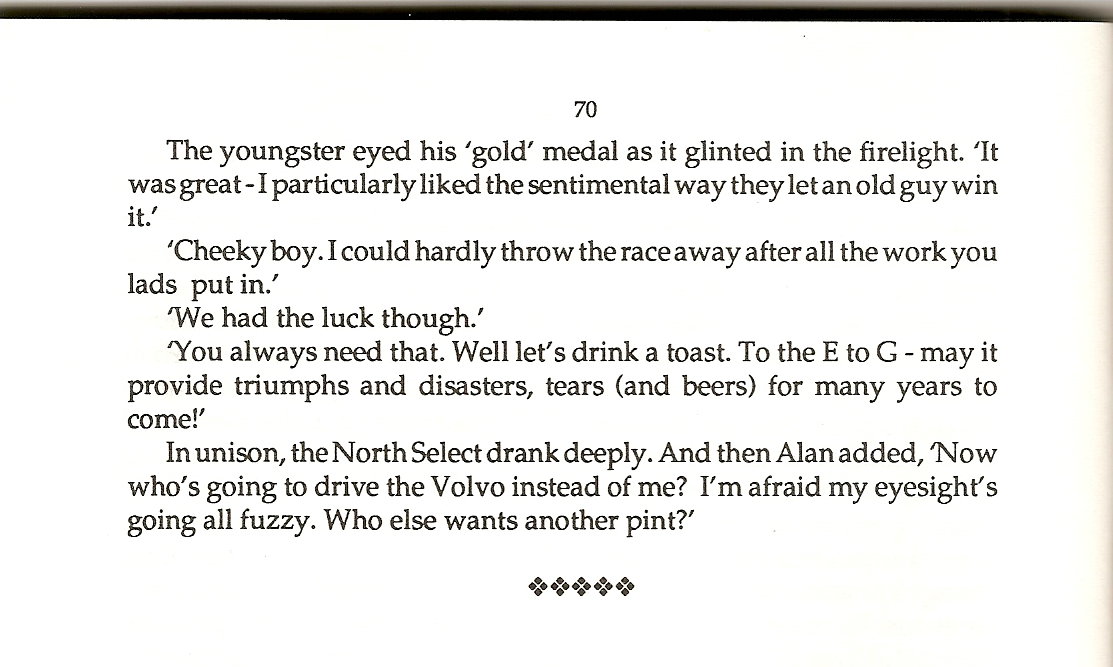