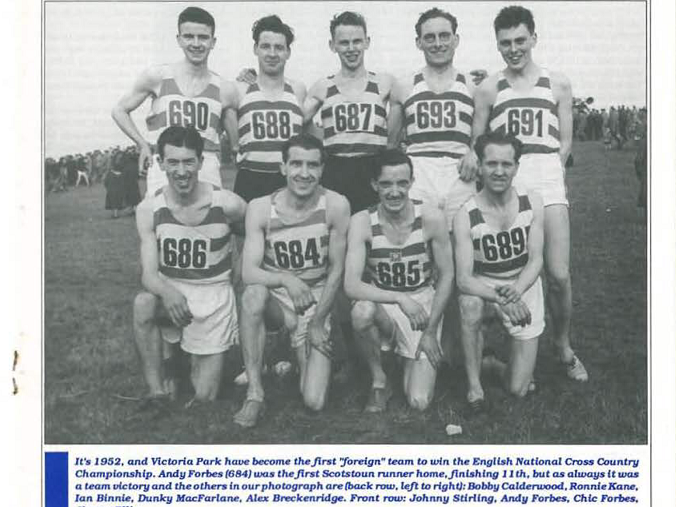 One of the great moments in the history of Scottish Cross Country running was in 1952 when the Victoria Park team that had done so well on the road and over the country won the English Championships.   Defeated by Shettleston in the Midland District Championships at Lenzie, they had already won the SCCU championships at Hamilton.   The standard in Scotland at the time was remarkably high with Victoria Park, Shettleston and Bellahouston from the west and Edinburgh Southern from the east all battling out race after race – had their been a GB team over the country selected, it is arguable that there would have been as many Scots as English in the elected eight or ten.   The runners should be remembered for what they achieved.   That great Victoria Park member, Hugh Barrow, has sent the following extracts from the programme of that wonderful afternoon for Scottish cross-country running.   First, the cover: 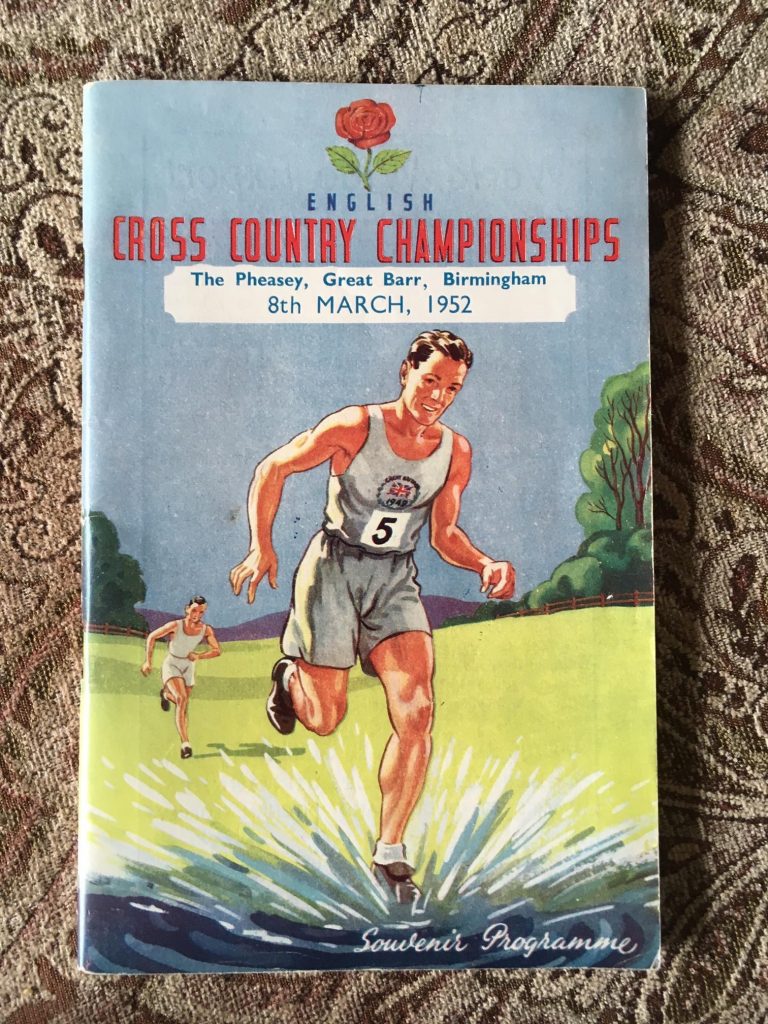 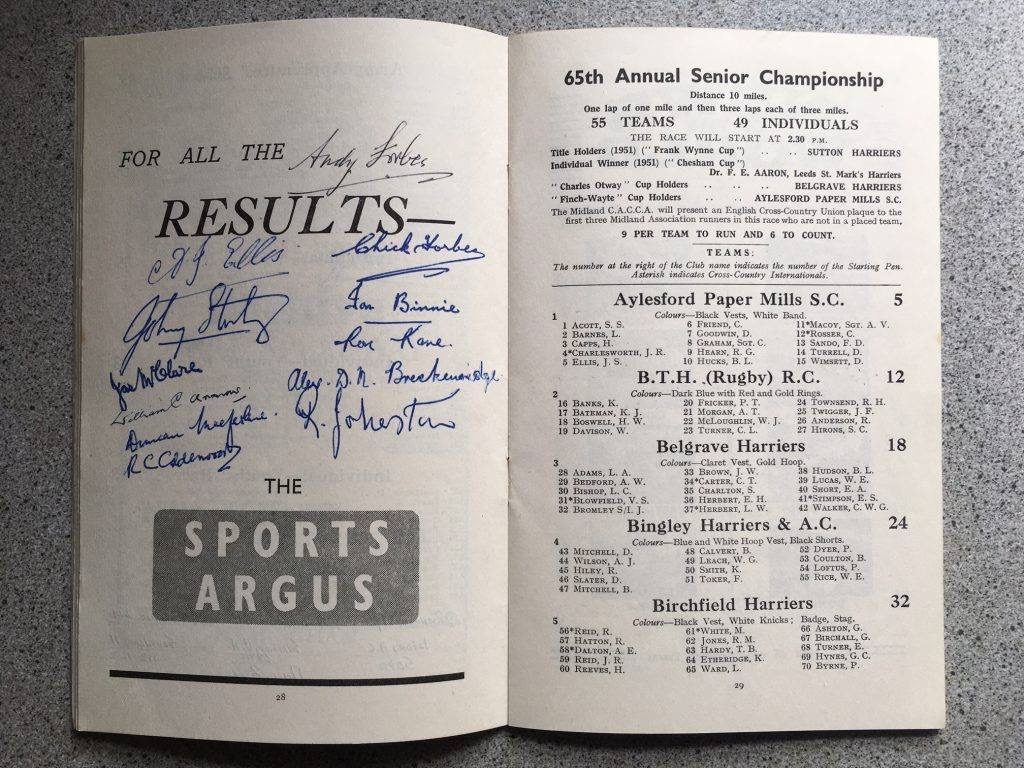 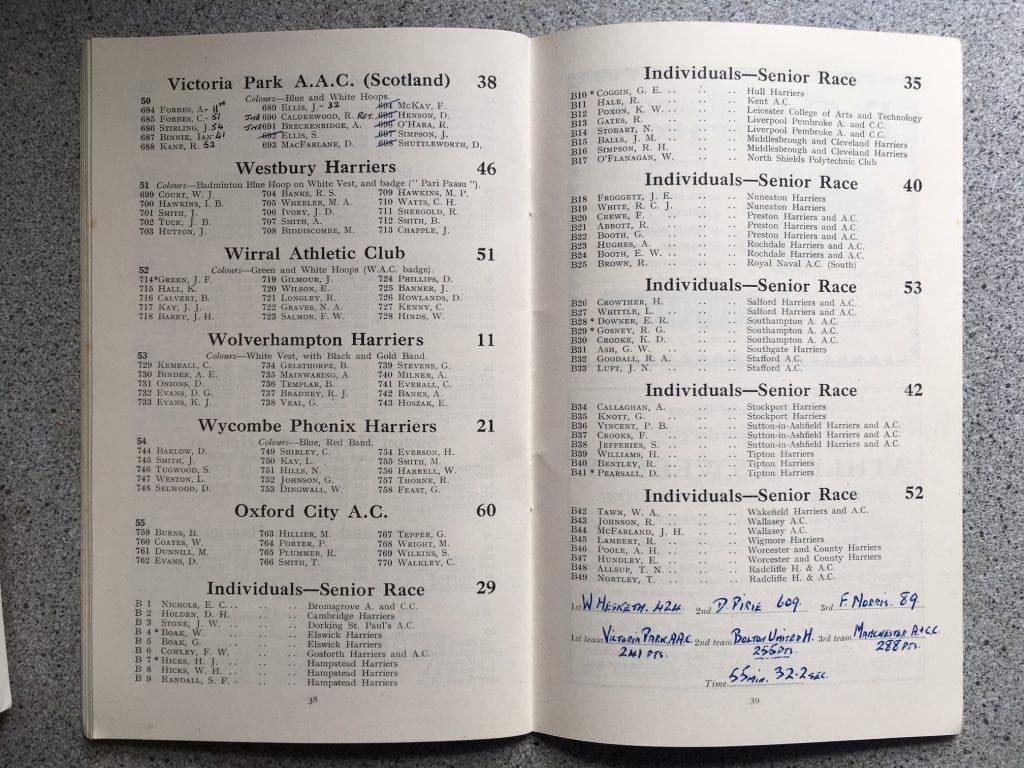